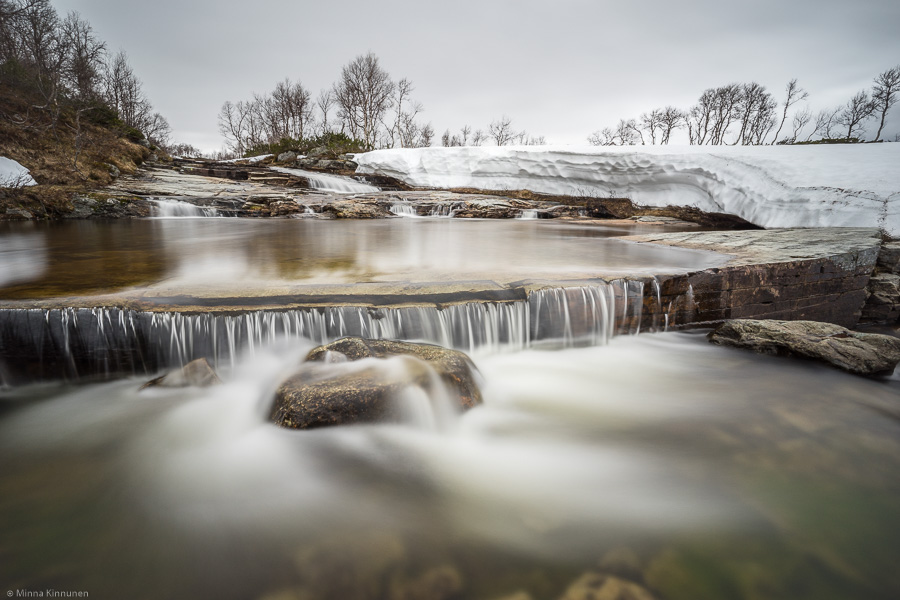 It’s nice to have some places which you can visit year after year on the same date. And spring is just about the only season where it makes any difference how the season is progressing. Summer just follows the spring, autumn colours appear almost always in the middle of September, first snow can fall at any time between autumn and winter and the lakes can equally freeze and even melt again before winter comes for sure. But spring is another matter, when it starts happening there’s no going back. It can get drawn out but I’ve never seen birch leaves that shrink, if you know what I mean?

With that said, I visited Livsäterån today. Two years ago (on the 6th) there was more snow and the season was very cold, the trees didn’t turn properly green until at the end of June! Last year (on this date), the birches were green even at the tree line. This year it’s somewhere in between – it’s not nearly as cold now as it was two years ago, but the cold period we had in May means that there’s still quite a bit of snow left up stream and there is just a little bit of green visible in the birches down by the bridge, but not any further up. A couple of sunny days should work miracles on the trees!

This website uses cookies to improve your experience while you navigate through the website. Out of these, the cookies that are categorized as necessary are stored on your browser as they are essential for the working of basic functionalities of the website. We also use third-party cookies that help us analyze and understand how you use this website. These cookies will be stored in your browser only with your consent. You also have the option to opt-out of these cookies. But opting out of some of these cookies may affect your browsing experience.
Necessary Alltid aktiverad
Necessary cookies are absolutely essential for the website to function properly. This category only includes cookies that ensures basic functionalities and security features of the website. These cookies do not store any personal information.
Non-necessary
Any cookies that may not be particularly necessary for the website to function and is used specifically to collect user personal data via analytics, ads, other embedded contents are termed as non-necessary cookies. It is mandatory to procure user consent prior to running these cookies on your website.
SPARA OCH ACCEPTERA